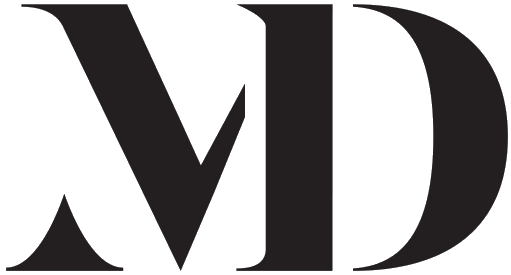 Mullane Dental
Cosmetic
Ortho
Implants

Our normal phone line is down at the moment. We have a temporary phone number - 069-62354 which we can be reached on.



Close
This website uses "cookies" to give you the best, most relevant possible experience. By using this website, you acknowledge that you're OK with this. You can find out more about our data protection policy by following this link.

We are delighted to announce that Mullane Dental has now reopened for all aspects of dental care.

Please call us on 069 62703 or drop us an email at info@mullanedental.ie to arrange an appointment.‍

Please watch this video to learn how we provide a safe environment for staff & patients. To learn more about the infection control procedures we follow in our practice to keep patients and staff safe, click here.
‍

We look forward to welcoming you back!

What is Periodontal Disease?

How does it occur?

It begins when the bacteria in plaque, causes the gums to become inflamed. Plaque is a sticky film, composed primarily of bacteria, which adhere to your teeth at and below the gum line. Plaque constantly forms on your teeth, even minutes after cleaning. Bacteria found in plaque produce toxins or poisons that irritate the gums. Gum disease is divided into two categories: Gingivitis and Periodontitis. Untreated gingivitis can advance to periodontitis and can eventually lead to tooth loss and other health problems.

Is the mildest form of periodontal disease. It causes the gums to become red, swollen, and bleed easily. There is usually little or no discomfort at this stage. Gingivitis is often caused by inadequate oral hygiene. Gingivitis is reversible with professional treatment and good oral home care.

Untreated gingivitis can advance to periodontitis. With time, plaque can spread and grow below the gum line. Toxins produced by the bacteria in plaque irritate the gums. The toxins stimulate a chronic inflammatory response in which the body in essence turns on itself, and the tissues and bone that support the teeth are broken down and destroyed. Gums separate from the teeth, forming pockets (spaces between the teeth and gums) that become infected. As the disease progresses, the pockets deepen and more gum tissue and bone are destroyed. Often, this destructive process has very mild symptoms. Eventually, teeth can become loose and may have to be removed.

Gum disease is often silent, meaning symptoms may not appear until an advanced stage of the disease.

However, warning signs of gum disease include the following:

How is it treated?

Scaling and root planing is a careful cleaning of the root surfaces to remove plaque and calculus [tartar] from deep periodontal pockets and to smooth the tooth root to remove bacterial toxins.  There will be a degree of sensitivity and some recession after this treatment.

This is indicated once initial scaling and root planning is completed and the pockets do not resolve as expected. The purpose of this is to get better access to the root surface and reduce the pocket depth. Reducing pocket depth and eliminating existing bacteria are important to prevent damage caused by the progression of periodontal disease and to help you maintain a healthy smile. Eliminating bacteria alone may not be sufficient to prevent disease recurrence. Deeper pockets are more difficult for you and your dental care professional to clean, so it's important for you to reduce them.

Once periodontal health is restored. You will need to have meticulous oral hygiene and regular maintenance (Scale and polish) every 3-6 months to maintain the health of your gums.

Who is likely to suffer from gum disease?

Women and teenage girls are more at risk of developing gum disease because of the many hormonal changes they experience such as puberty, the menopause, as well as taking oral contraceptives and having monthly periods. During all of these times, the body experiences hormonal changes that make gums sensitive.

During pregnancy, a woman experiences a whole nine months of hormonal changes which make the gums much more sensitive than usual and more susceptible to bleeding – a well-known, common ailment experienced during pregnancy. Recent research has also shown that gum disease may be responsible for an increase in the likelihood of giving birth prematurely.

Smoking increases bacterial plaque whilst reducing the delivery of oxygen and nutrients to the gums and generates “free radicals” which delay the healing process, thus making the gums more susceptible to infection. Research shows that smoking causes 50% of all gum disease cases.

Gum disease is often considered the sixth complication of diabetes. This is because when blood sugar levels are poorly controlled, blood glucose levels rise and the higher levels of sugar in the mouth help harmful germs to grow. People with diabetes can also be more susceptible to contracting infections including infections of the gums. It is therefore vital that the first signs of gum disease are treated as wounds and infections may take longer to heal and can increase the risk of diabetic complications, thus creating a “vicious” circle.

People Who Suffer From Stress

Research shows that stress can make it more difficult for our bodies to fight gum disease.

Researchers have found that people with gum disease are almost twice as likely to suffer from heart disease as those without gum disease. There are two theories for this, one is that bacteria in the mouth can enter the blood vessels and attach to fatty plaques, causing clot formation which can obstruct blood flow and may lead to a heart attack. The second theory is that inflammation caused by gum disease increases plaque build up, which may contribute to the swelling of the arteries.

Studies have highlighted that people diagnosed with acute cerebrovascular ischemia were more likely to have an oral infection when compared to those in a controlled group.

Thank you! We have received your message.

We will contact you as soon as possible to confirm an appointment date and time.

Something went wrong while submitting your message. Please refresh the page and try again.

Due to COVID-19, we are closed until further notice.

If you are in pain or need to be seen as an emergency situation, we will do our best to see you with 24 hours within our working hours. Please advise the receptionist if you require an emergency appointment.