Mullane Dental
Cosmetic
Ortho
Implants

Our normal phone line is down at the moment. We have a temporary phone number - 069-62354 which we can be reached on.



Close
This website uses "cookies" to give you the best, most relevant possible experience. By using this website, you acknowledge that you're OK with this. You can find out more about our data protection policy by following this link.

We are delighted to announce that Mullane Dental has now reopened for all aspects of dental care.

Please call us on 069 62703 or drop us an email at info@mullanedental.ie to arrange an appointment.‍

Please watch this video to learn how we provide a safe environment for staff & patients. To learn more about the infection control procedures we follow in our practice to keep patients and staff safe, click here.
‍

We look forward to welcoming you back! 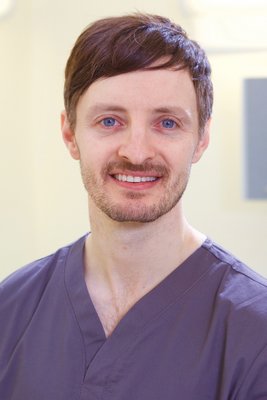 Shane qualified from University College Cork in 2006 with an honors degree. He worked in a very progressive dental practice in South West of England for 2 years. During this time, Shane completed his Fellowship exams to Royal College of Surgeons London in 2008, and also achieved a Diploma in Conscious Sedation from The University of Newcastle in 2009.

The following year, he worked in Royal Devon and Exeter Hospital as a Maxillofacial house officer, where he had the opportunity to further develop his surgical and medical knowledge. He returned in the summer of 2009 to join his father’s dental practice in Newcastle West, a time which he enjoyed but was anxious to achieve specialty training in implant and cosmetic dentistry. He was accepted to the Prosthodontic program at University of Texas Health Science Center at San Antonio (UTHSCSA). This residency is widely regarded as one of the top Prosthodontic training programs in the world. During his 3 year residency at UTHSCSA, Shane received specialty training in all aspects of advanced implant, restorative and cosmetic dental. The University of Texas Health Science Center in San Antonio awarded him a Masters of Science degree for his research work in the treatment of snoring and sleep apnea. Shane completed his American exams and is a Board Certified Prosthodontist, (a Diplomate of the American Board of Prosthodontics) and a Fellow of the American College of Prosthodontists.

To enhance his surgical skills and knowledge he completed a  1.5 year fellowship program in the Periodontal Department of Trinity College Dublin. In 2016 he returned to work in his father's practice limiting his work to dental implants, crowns and veneers,  functional dentures, and periodontal procedures.

He is currently president of the Irish Academy of American General Dental Specialists. He has been invited to lecture at the local dental meetings and the Royal College of Dental Surgeons Dublin.  He runs an ITI study club (International Team of Implantology).

Shane is married to Marian, who also works in the dental practice. He enjoys rugby, golf, music and surfing. 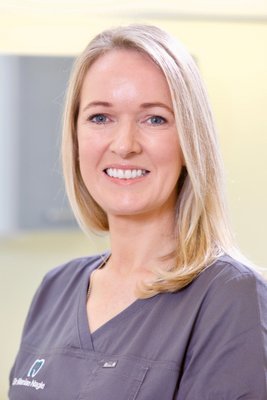 Marian qualified from University College Cork in 2006, and completed her vocational training between the Health Board and Cobh Dental Practice. The following year she was a Senior House Officer  in the University of Cardiff in the restorative department gaining further experience in oral medicine, paediatric and restorative dentistry. After working for a further 3 years between Ireland and the UK as a General Practitioner she follower her husband Shane over to the University of Texas Health Science Centre in San Antonio, Texas. She spent the three years as a faculty member involved in teaching the undergraduates. On returning to Ireland, she joined Mullane Dental in 2015 and has a special interest in treating anxious patients and root treatments. 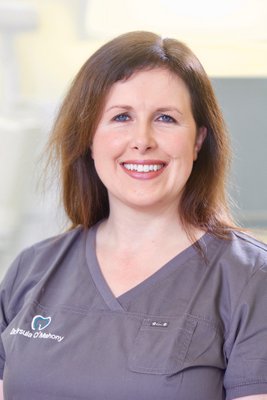 Ursula qualified from University College Cork in 2002, and did her vocational training with between the Health Board and Mullane dental practice. Her caring chairside manner put many a nervous patient at ease and contributed in no small way to the success of the practice. She has completed many dental courses in root canal therapy and is a member of  Irish dental association.  She has a special interest in treating paediatric patients. 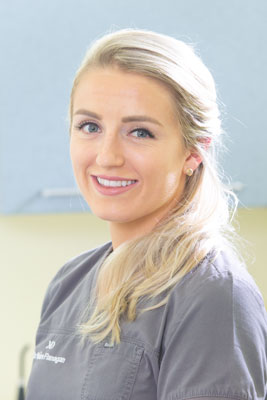 Máire keeps up to date with new developments by attending monthly study club meetings and courses.

She enjoys all aspects of dentistry and prides herself on her friendly chairside manner.

Outside of dentistry Máire enjoys playing ladies football and basketball. 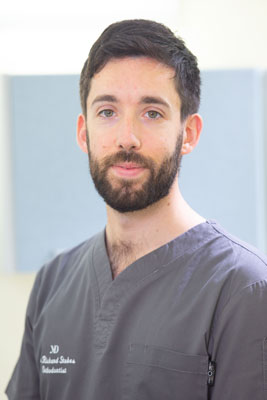 Dr. Richard Stokes is a registered Specialist in Orthodontics with the Dental Council of Ireland.

He graduated with an Honours Dental degree from University College Cork in 2010 and was awarded the Orthodontic Society of Ireland medal for outstanding achievement in the orthodontic section of his final dental examinations.

Following this, he moved to the United Kingdom where he completed a year of dental vocational training in Manchester prior to working as a senior house officer for 2 years where he spent time in a number of departments including restorative dentistry, paediatric dentistry and oral and maxillofacial surgery. In 2012 he completed the Membership of the Faculty of Dental Surgery examinations with the Royal College of Physicians and Surgeons of Glasgow.

Richard subsequently undertook a three-year specialist training programme in Orthodontics at Newcastle University. While completing his specialty training, Richard was awarded the ‘Nigel Carter Prize’ for achieving Distinction in his MSc in Orthodontics in 2016. He also attained his Membership in Orthodontics from the Royal College of Surgeons of Edinburgh in 2016.

He is currently a member of the Orthodontic Society of Ireland, the British Orthodontic Society and the Irish Dental Association. Richard is also a certified Invisalign® Provider and is committed to providing the highest standard of care for all his patients. 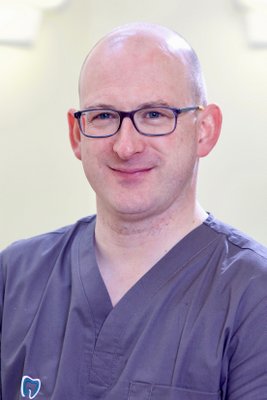 Dr John Crotty qualified in Cork Dental Hospital in 1992 and worked in general practice for 20 years in both the UK and Ireland. During that time he completed a Degree in Maths and the Classics, a Masters in Chemistry and a Masters in Health Informatics. In 2012 he completed his Fellowship examinations in the Royal College of Surgeons, England and undertook 3 year full time postgraduate training in Periodontology and Implant therapy. He received certification from the European Federation of Periodontology in 2015. He was awarded the Claffey prize for research by the Irish Society of Periodontology in 2015 and is actively involved in both education and research. 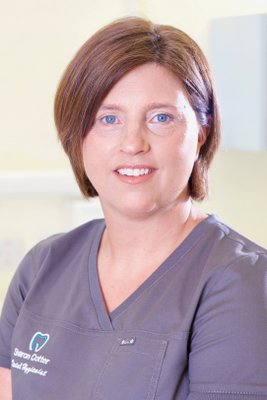 Sharon graduated from University College Cork with honours in Dental hygiene. She continues her own professional development to ensure patients have the most up to-date treatment and information Sharon has experience in providing hygiene services in dental practices in Great Britain and Ireland. She is dedicated to providing gentle hygiene services to our patients giving them the information and motivation to maintain the health of their gums/teeth and how to prevent periodontal disease. Sharon has also completed a course in the clinical application of Local Anaesthetics. 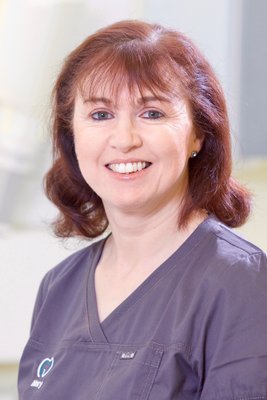 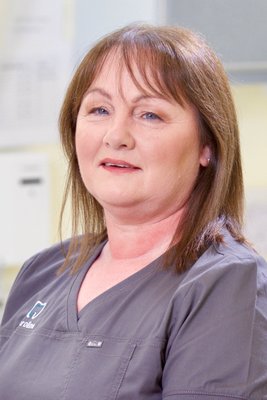 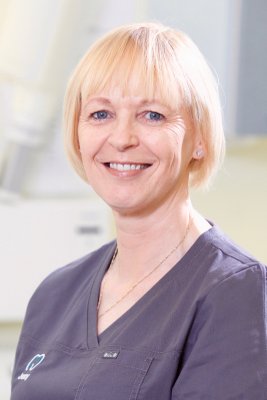 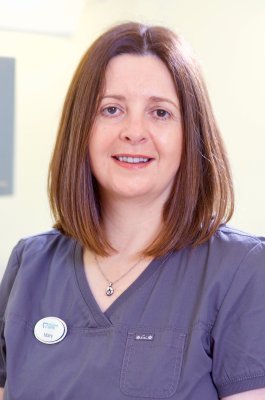 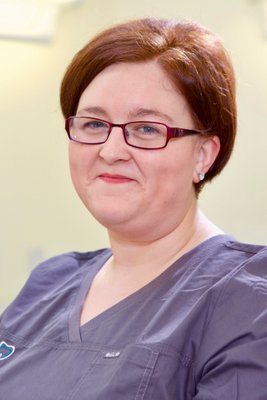 Thank you! We have received your message.

We will contact you as soon as possible to confirm an appointment date and time.

Something went wrong while submitting your message. Please refresh the page and try again.

Due to COVID-19, we are closed until further notice.

If you are in pain or need to be seen as an emergency situation, we will do our best to see you with 24 hours within our working hours. Please advise the receptionist if you require an emergency appointment.